Conrad Grunewald announced yesterday that he will be moving from BC Racing suspension to Megan Racing for his 2013 Formula D Camaro being built by BRE Motorsports. It also looks like Taka Aono will be moving to Hankook tires and sharing space and team support with Conrad at Conrad’s new full trailer in the padock. 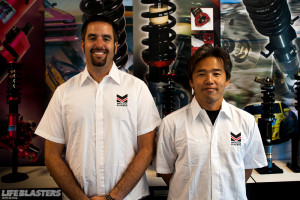 Also here are some photos of Conrad’s new Camaro being built over at BRE. Caption on the Engine said it’s a Chevy COPO engine producing over 1000 HP, dunno how true that is or what it will be producing at the wheels by the end.