Today it was announced that Chris Mills has signed CX Racing as his title sponsor for his Formula D 2014 rookie season. He will be piloting Otto Graven’s old 350z which is being rebuilt for him by Matt Field at his new shop Drift Cave next to Charles Ng’s G37 and Matt’s s14. 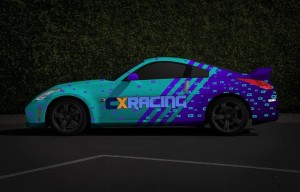