Last night Conrad Grunewald, pilot of the Hankook Camaro and star of the dozen restarts match between Daigo Saito vs Conrad Grunewald took to Facebook last night to post the following photo of his 2012 Formula D Camaro announcing its retirement. 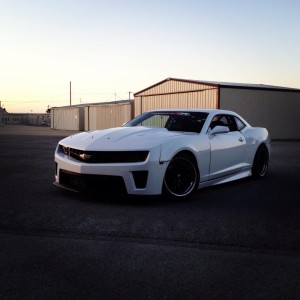 After about a dozen people asking what was next and hoping for something new he just said it would “Still a Camaro of course. This one is going to be amazing though.” Not sure how amazing a Camaro can be, but let’s see. He also took a moment to respond to a fans inquiry about selling the Camaro and poke fun at Mustangs. 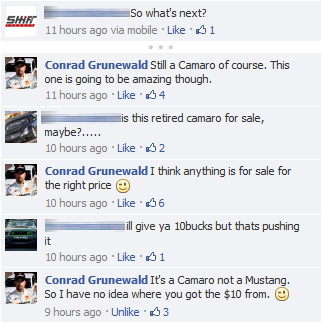