After placing 2nd overall in the 2011 Evergreen series and earning his Formula D license and spending 2012 lining up his sponsors Chris Jeanneret has announced he will be competing in the 2013 in an S14 with a title sponsor of STR Wheels. Other sponsors include Falken Tire, CNC Autosports, RyWire, Advanced Induction, TEIN, SPL Parts, Weddle Industries, Wiseco Pistons/K1 Rods, NissanParts.cc, Factory83, Diversity Law and Mark II Collision Center. You can follow Chris on his Facebook page over at http://www.facebook.com/chrisjeanneret 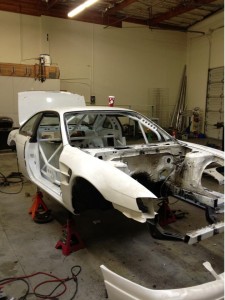