Posted by: Patrick Walker on March 19th, 2014
So Mats Baribeau shared this video today of the first start-up of his newly rebuilt 1.5JZ featuring Brian Crower internals and a Turbo by Garrett GTX4088R for the Formula D 2014 season, sounds mean for being half a JZ short…

Posted by: Patrick Walker on March 15th, 2014
Andy Hateley was expected to be a Formula D rookie last year in 2013, but ran into various issues with his build. It looks like he has got all of that sorted out on his LS3 powered widebody E30 and is testing for his 2014 debut. Good luck to him and this unique drifting machine.

Posted by: Patrick Walker on March 12th, 2014
So after the 2013 Formula D season catastrophe that was Drift Stream hosted by Livestream, Formula D is thankfully moving on to another service, and hopefully on that turns out to work better. Today Formula D announced that they signed a two year exclusive deal with Dailymotion to handle the Driftstream for the 2014 and 2015 seasons. We are glad to see Formula DRIFT making an attempt to keep the stream fans happy. You can read the full press release here at Formulad.com. 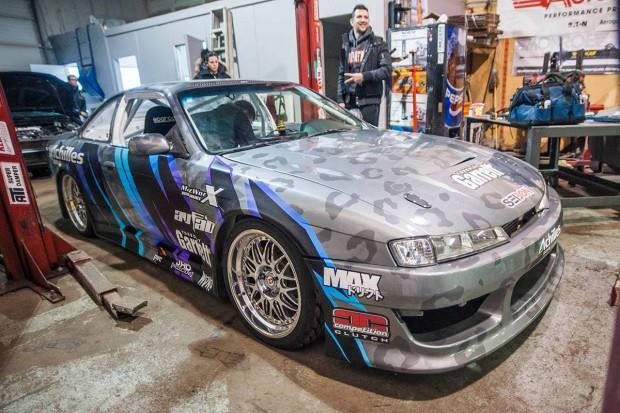